What if Fishes go Extinct 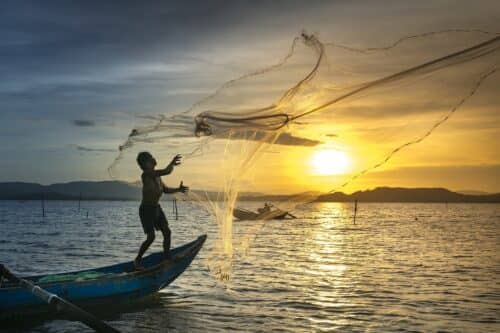 The thought “What if fishes go extinct?”  may sound impossible. However, looking at the rate of over-fishing worldwide might make you reconsider.

Extinction has always been a part of the story of life on Earth. There have been many new cases of extinction recorded, which have been attributed directly to humans’ use of resources of the biosphere.

Extinction is referred to as the termination of a species of organism.

Of a truth, record has shown that a larger percent of all species in the world are yet to be known, yet the extinction rate of the known ones have become rapid than expected.

Humanity has wiped out more than 60% of the vertebrates on earth which has led to the loss of biodiversity.

Amongst vertebrates, freshwater fishes have the highest extinction rate worldwide.

There are many examples of regulated commercial fisheries monitored by fisheries scientists that have collapsed.

One of the major causes of the declining fish population is overfishing.

Fish are harvested for their productive uses to humanity, especially for providing protein.

In children, fish provides the essential nutrients and micronutrients for cognitive and physical development.

Yet, gradually, these organisms are drastically reduced.

According to Food and Agriculture Organization (FAO), fish consumption has significant growth and has improved people’s diets around the globe.

Many of the world’s freshwater fish – including sea mackerel, colossal catfish, tilapia and many more – may soon be extinct almost unnoticed.

Irrigation of farmland has been well adequate with the availability of dams close to the farmland.

Dams have also helped prevent flooding and hugely enhanced the generation of electricity.

As tremendous as the impact of dams is on our lives and environment, unfortunately, we cannot but admit the damage it can cause to freshwater fish.

The delay of up steam fish migration and the inability of fish to pass through barriers for dam construction from rivers can result in isolation or even vulnerability to fish predation.

Species that occur outside their natural ranges due to human activities, known as Invasive alien species, also threaten existing species.

These species find their way into freshwater habitats, thereby posing a threat to the biodiversity of fish. Invasive alien species include the American bullfrog and the red swamp crayfish.

Pollution of water bodies, such as the addition of detergents, food processing waste materials and chemicals, have aided the gradual loss of freshwater fish species.

The disappearance of fish species due to overfishing, pollution, habitat loss and climate change may eventually make our freshwater habitats empty of fish.

Therefore, the need to safeguard or preserve fish stocks is apparently inevitable.

The conservation of freshwater fish species will help maintain and improve the functioning of the whole freshwater ecosystem.

Fish species can be conserved by practising low impact fishing, establishing a fish conservation policy, protecting the quality of water, and preventing the spread of aquatic invasive species.

If humans keep fishing at the current pace, we might wake up one day to discover that our major source of protein – fish, has become extinct.