WED 2020: Remembering a Genius Ken Saro Wiwa on this day 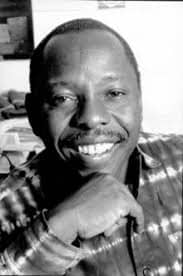 Kenule Beeson “Ken” Saro-Wiwa was born on the 10th of October, 1941. He was a member of the Ogoni people in the region of the Southeastern Senatorial district in Rivers state, Nigeria.

Ken Saro Wiwa was an environmental activist, television producer, author and president of the Movement for the Survival of Ogoni People (MOSOP), a non-governmental organisation set up to defend the environmental and human rights of the people of Ogoni.

In 1958, the Royal Dutch Shell started crude oil exploration in Ogoni land. This led to 15 years of thousands of oil spills in Ogoni land. Since then, Ogoni land has had a tragic history of pollution from the oil spills and gas flair. An estimated 2.1 million barrels of oil were spilt, which led to serious contamination in Ogoni land, groundwater, surface water, sediment, vegetation and air. The rate of pollution did not only pose a massive threat to the health of the Ogoni people but also to their economy.

Worthy of mention is that Nigerian heroic environmentalist Ken Saro Wiwa led a peaceful match against Royal Dutch Shell and the Military regime in January 1993. He demanded environmental remediation and damages that the harmful effects of oil exploration had caused to about 500,000 persons. He accused them of disfiguring the area to a pathetic deplorable state. Ken and his followers succeeded in fighting the Royal Dutch Shell out of the Ogoni land. Ken was once again a hero that saved the day.

Despite his victory, he was a terror to the military dictators, and they sought his fall. In May 1994, he was kidnapped and jailed along with MOSOP leaders linking him with the death of four Ogoni leaders. In October 1995, he was convicted of murder by a military tribunal, but there was a plea from several international communities and organisations seeking for the government to spare his life. Despite all pleas, Saro Wiwa was hanged on November 10, 1995.

He committed a crime mandating environmental remediation and compensation for damages to innocent lives.

Despite this, Ken Saro Wiwa’s life has provided a legacy of great inspiration for human rights and environmental activists around the globe. He is still a renowned personality and a great leader celebrated for his fantastic contribution to Nigeria’s development.