Dangers of Gas Flaring in Nigeria 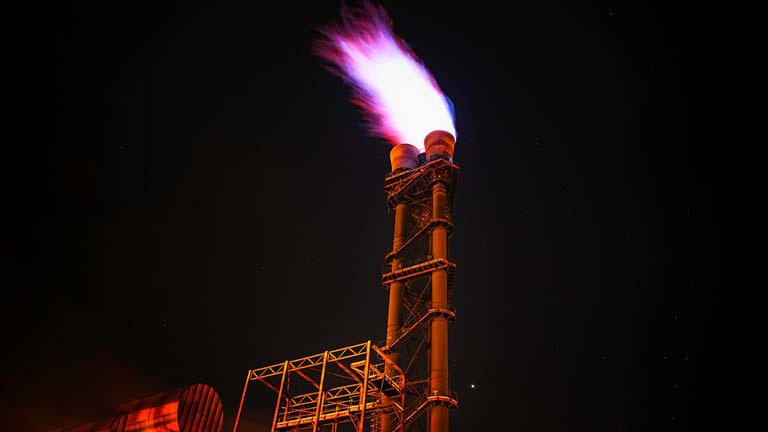 Gas flaring refers to the process whereby unwanted or excess gases and liquids are released during the normal or unplanned over-pressuring procedures in many industrial processes, such as oil-gas extraction, refineries, chemical plants, the coal industry and landfills. As important as this process is, it is very dangerous with adverse effects on the climate and the environment. It is recognized as a significant environmental problem worldwide and in Nigeria, precisely the Niger delta region where Oil and Gas activities are prominent.

The Unspoken Dangers of Gas Flaring in Nigeria

Gas flaring is a major process in the Oil and Gas industry. However, it has dangerous side effects and threatens the continuity of life in plants, animals and humans.

Gas flaring has resulted in diverse conflicts in the Niger Delta region of Nigeria, which is the hub of Oil and Gas Production in the country, causing consistent ethnic, economic and environmental crises, including environmental concerns arising from the activities of the oil industry.

Gas flaring involves the natural gas associated with petroleum extraction burned off in the atmosphere. This practice leads to toxic pollutants such as the release of sulfur dioxide into the atmosphere, which can result to environmental problems such as acid rain, and the generation of greenhouse gases which contributes to global climate change.

The heat generated from the fires in gas flaring is neither soft nor warm; it is extremely hot, fierce and prickly. Gas flaring leads to the depletion of the ozone layer, and as a result, the temperature of the environment has increased and has affected the abundance of oxygen in the atmosphere.

The emission of methane and carbon(IV) oxide produced by flaring has had adverse effects such as lung damage, cancer, neurological and reproductive problems on the living organisms around, especially in the Niger Delta region of Nigeria. The persistent noise from the flare often sends wild animals fleeing, and people must shout to be heard over the roaring flames.

Plants which are the primary producers of food as well have been affected because the contaminants produced prevent photosynthesis by the dark reaction which occurs at night. Some have become yellow while others have stopped growing entirely due to the effect arising from this flare. These acidify the soil, thereby depleting soil nutrients as well as reducing the nutritional value of crops within such vicinity.

Even though gas flaring process is for economic purposes, yet, we cannot ignore the adverse effect and danger it poses to our environment especially the Niger delta region where the lion share of refineries are established.

People living within 4 kilometres (2.5 miles) of a gas flare are constantly exposed to the hazard of gas flaring day and night. They have been deprived of a healthy lifestyle, and they continuously experience adverse repercussions, just as earlier mentioned.  Residents in nearby habitats no longer enjoy the respite of cool of day or darkness of night.

In addition, due to air and water pollution, communities residing in this area are unable to go about their day-to-day business especially farming and fishing which is the main trade in the region.

Water has become poisonous to aquatic life, killing millions of them, and the land also has become polluted with waste and spillage, making the land unsuitable for farming activities. Again, residents have lamented over how they miss natural occurrences since the oil extraction industry had been set up, such as total darkness and quiet of the rural night.

To compound the woes of communities living in the environment where gas flaring activities is carried out, during the rainy season, when most people often look forward to collecting water with ease and use for domestic purpose, this is not the case as rainy water is visibly blackish and not consumable or used for household chores. Aside from that, the rainwater also damages the zinc roofing of houses that are in close proximity to gas flaring areas. Also Read: Ken Saro Wiwa Activism In the Niger Delta Region