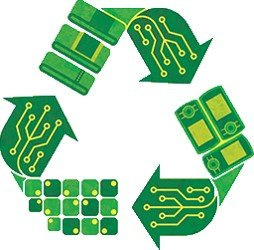 10 Frequently Asked Questions regarding Obtaining an EIA Approval in Nigeria. In line with the EIA Decree 86 of 1992, now known as EIA ACT CAP E12, LFN 2004, The Federal Ministry of Environment Nigeria, Through the Department of Environmental Assessment, is charged with the responsibility of Certifying and Approving EIA reports of major developmental projects across all sectors in Nigeria.

The Ministry was created in 1999 to ensure effective coordination of all environmental matters, which were fragmented and resident in different line Ministries.

We intend to beam our searchlights into some frequently asked questions regarding obtaining an EIA approval in Nigeria.

What is Environmental Impact Assessment (EIA)?

EIA is often defined as:

What Category of Project Qualify for EIA Study?

Who Carries Out an EIA Study?

The Ministry have a list of accredited Environmental Consultants that Conducts a comprehensive EIA study under the supervision of the Ministry and submit the Draft Report to the Ministry for review and approval considerations.

What Are The Steps In The EIA Approval Process?

In summary, the EIA procedure in Nigeria involves the following steps:

What Does The EIA Study Cover?

Is There An In-House Review for Submitted Reports?

What Is Public Display Exercise?

What Is A Panel Review Exercise?

When Can An EIA Approval Be Issued?

I am sure I might not have captured all your questions about obtaining EIA approval in Nigeria. Kindly leave a comment on the questions bugging you or contact us. I will surely answer those questions in the second part of this trend.

Environment For Us: My Little Initiative To Save It